When it comes to tending the land and securing vitally important income from it, women often play a leading role in their communities. It is usually women who first signal the adverse environmental and health impacts of unsustainable agricultural and forestry practices. They know all too well how the conversion of forests for intensive monocrop and livestock farming leads to the devastating loss of healthy soil, clean air and water.

Given their environmental leadership, women are key to advancing innovative approaches for restoring degraded ecosystems. As part of the Global Alliance for Green and Gender Action (GAGGA), Both ENDS and its long-standing partner International Analog Forestry Network (IAFN) are working with local women’s groups worldwide to promote the use of analog forestry, a method that uses the original natural forest as a blueprint for creating an ecologically sustainable landscape that supports the social and economic needs of communities. In an analog forest, trees and crops are planted in different layers, providing food and marketable products such as spices, fruit, tea and coffee. Analog forests may also provide communities with a source of essential daily resources like firewood, fodder, construction materials and medicine.

An important goal of the GAGGA programme is to strengthen collaboration across the women’s rights and environmental movements. Through participation in GAGGA, the International Analog Forestry Network has significantly expanded its connections and outreach to women’s groups. In 2018, in workshops across Latin America, Africa and Asia, the network and its partners introduced more than 232 participants, mostly women, to analog forestry. Five women were accredited as trainers in the IAFN Trainers Network and several of them have since facilitated workshops with GAGGA partners in Guatemala, Honduras and Nicaragua.

The beauty of analog forestry, which not only restores biodiversity but ultimately creates a productive low-maintenance ecosystem, is best appreciated in practice. In 2018, IAFN and its partners supported the design and implementation of analog forestry demonstration sites around the world. In northern Sri Lanka, for example, forest-based model gardens were developed and led by local women in four communities. The model gardens focus on annual cash crop production, medicinal and fruit trees, timber and perennial crops. Deep-rooted water filtration plants are being grown to deal with water contaminated by heavy metals – a major problem in some areas.

IAFN is also increasing its attention to advocacy and lobbying, complementing its capacity building work and technical support with efforts aimed at inspiring policymakers to invest in and upscale analog forestry. In the Chicamán region of Guatemala, for example, women from local Indigenous groups and partner organisations Madre Selva and the Utz Che’ network not only learned about analog forestry, they also linked the method to their agendas for women’s rights and defence of the land. During a workshop, women discussed their experiences and challenges in accessing decision-making spaces. Similarly, in workshops in Ghana and Uganda, women participants developed action plans with local stakeholders which they then shared with local authorities.

A policy forum held in the San Ignacio de Velasco municipality of Bolivia, organised by IAFN partner Probioma, focused on analog forestry as an alternative and solution to ongoing deforestation, droughts and water scarcity in the area. The policy forum drew nearly 40 participants, including representatives of women’s and environmental groups, the municipality, the National Agricultural Health Services, the livestock association, and the association of producers of coffee and organic crops. The forum helped to convince the municipality, which is now negotiating an agreement with Probioma to support analog forestry, land restoration and community nurseries. The International Analog Forestry Network and its partners hope to replicate such success in communities around the globe. The goal is to increase support for analog forestry as a means to restore the planet’s life supporting systems. 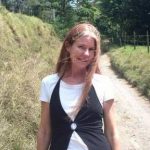 "Forests are disappearing at an unprecedented rate, and women will be more affected. Decision makers should promote and support women as key actors in restoration and sustainable management of forests and farms. Our participation in GAGGA therefore is a great opportunity." 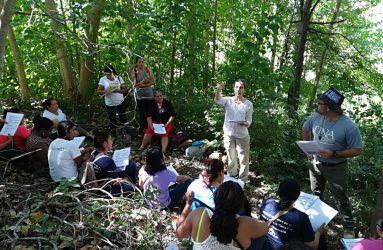 Training on analog forestry in Honduras 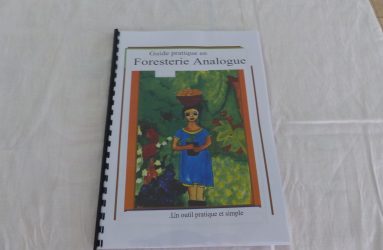 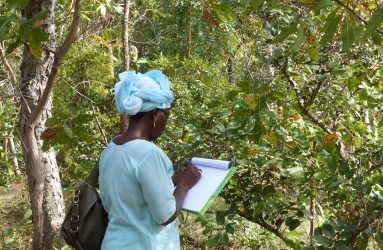 How we work: Promoting alternatives to unsustainable natural resource use

Analog forestry is a proven method for restoring biodiversity and productivity of degraded land. It is one of many methods that, if adopted widely, can ultimately lead to sustainable and equitable economic systems, both locally and globally. Both ENDS cooperates with partners worldwide to amplify and connect alternative practices, policies, laws and governance models. From Analog Forestry to Inclusive Land Governance, from the Negotiated Approach to Water Resource Management to Farmer-Managed Natural Regeneration of drylands (FMNR), we are showing decision makers and investors that viable alternatives can be the new norm that ensures both thriving and healthy communities and ecosystems.

A selection of the alternatives we promote can be found on our website.