In 2018, the focus of our communications team was on the new website. The former website was in urgent need of renewal: it no longer reflected Both ENDS’s organisational and thematic structure, and was not compatible with mobile phones, nor appealing for visitors to click through.

To increase the number of visitors – especially those using mobile devices – and to improve their engagement, we gave our current thematic focuses a prominent space, modernised the layout, enhanced mobile responsiveness, and implemented better ways to offer related content.

We had already started investigating the needs and behaviour of target groups and designing the layout in 2017. In the beginning of 2018, we built the new website, migrated content from the old to the new website and wrote new content. In June 2018, the new website was launched. 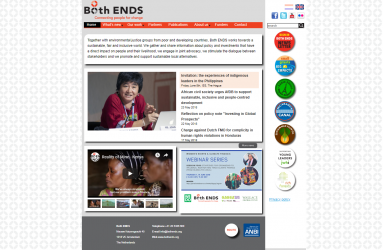 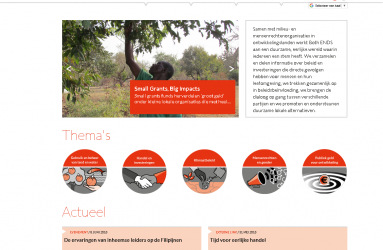 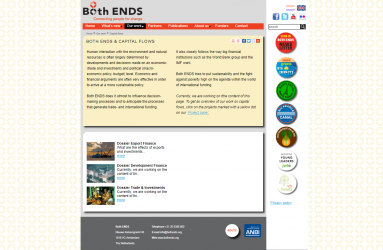 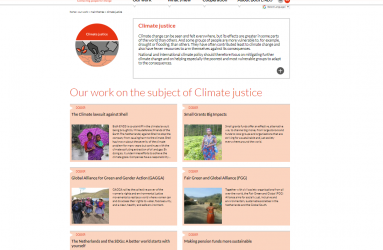 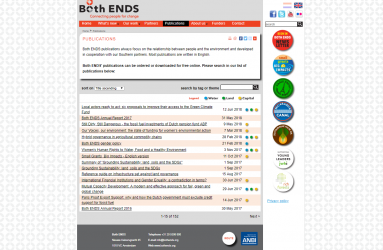 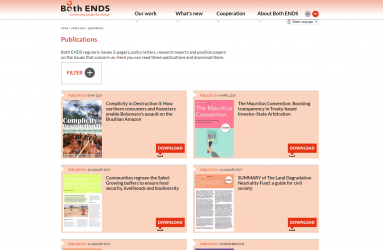 The engagement of our web visitors immediately increased. They visited more pages and spent more time on the website. They also clicked towards sections and pages that we think are relevant, but had not received much attention on the old website. Examples include the pages about the Global Alliance for Green and Gender Action, small grants funds, and land and water governance. We were also pleased to see that our publications pages were read more often and the PDFs downloaded more frequently.

In 2019, we will continue to improve the website. We will conduct a survey to identify what is still missing and we will work on creating more traffic via social media and through better use of search engines.

In 2017, we started a campaign to highlight the importance of small grants funds as alternative finance mechanisms that can ensure funding for sustainable development is directed where it is needed most and can have the greatest possible impact. This campaign continued in 2018.

We organised two workshops on this issue. The first was held at the Royal Tropical Institute in Amsterdam on Africa Day. The workshop was received well, with a packed room and lots of interaction between participants. The second workshop took place in Johannesburg, South Africa during the international Adaptation Futures conference.

During the first half of 2018 we joined the campaign of Milieudefensie (Friends of the Earth Netherlands), SOMO and TNI to raise awareness about the problems, especially to poor and developing countries, caused by the Investor State Dispute Settlement mechanism (ISDS) included in many trade and investment agreements. Together, we developed three publications to explain – to both insiders, experts and a wider audience – the details of investment treaties, ISDS and their impact on the climate. 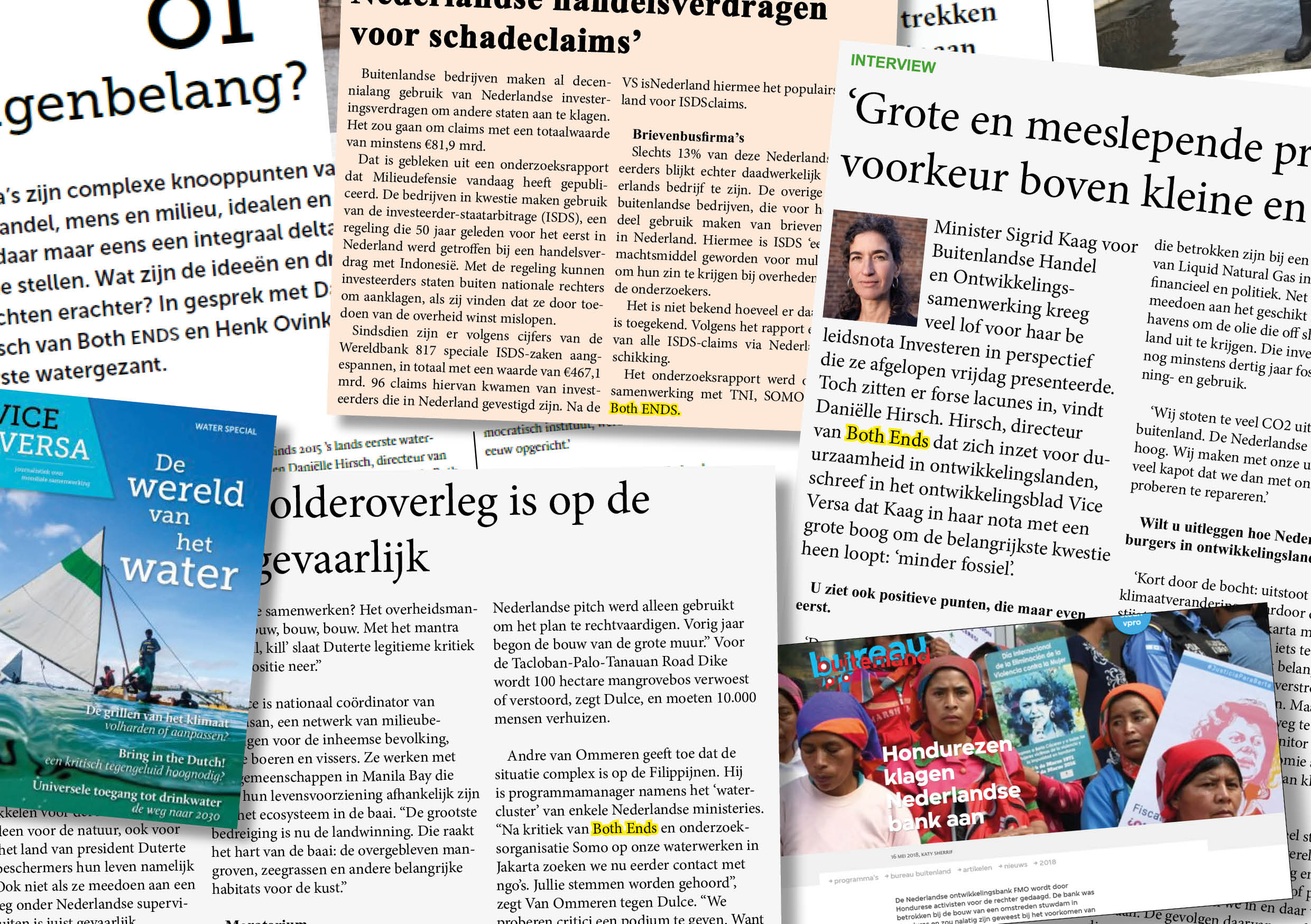 On various occasions, Both ENDS got attention for urgent issues through national media outlets. For example, the ISDS campaign was covered by three big national newspapers. We were also mentioned in national newspapers on other occasions. Both ENDS Director Danielle Hirsch was interviewed by the national radio and we had three web articles published on Vice Versa and OneWorld. Moreover, a number of articles were published in which one or more of our close partners were interviewed and given the opportunity to voice their concerns.

Throughout the year, we have produced a number of news articles, press releases and publications. Below is an overview of the top publications on our website, in order of popularity: