The La Plata Basin is the largest freshwater wetland in the world, extending into Argentina, Bolivia, Brazil, Paraguay and Uruguay. Around 160 million people rely on the wetland system as a source of water for consumption and irrigation. Although the basin covers a huge area – about one-fourth of South America’s surface – its jungles, savannahs, grasslands and wetlands have become fragmented islands. Monoculture, ranching, mining and infrastructure projects are among the many threats to the wetland system, its forests and rivers, and the livelihoods of the many people who depend on them.

Both ENDS’s Wetlands without Borders programme aims to change this. The programme involves seven organisations that are bridging the artificial national borders of the La Plata Basin. The groups are working together to promote inclusive governance and sustainable use of natural resources in the region. The groups are also staying abreast of and organising against looming threats, like proposals for new dams and a water highway that would cut across the wetlands.

Unfortunately, the idea for a water highway, known as the Hidrovía Paraguay-Paraná, is not new. In the 1990s, a broad movement of social, environmental and indigenous groups put a stop to the plan, but the threat has recently resurfaced. As part of the Wetlands without Borders programme, Both ENDS’s partners are training a new generation of young, local leaders ­– aptly referred to as ‘multiplier agents’ – who will in turn train others in their community.

In 2018, the Brazilian partners organised the Pantanal Activist School in Cáceres. The ‘school’ is essentially a training programme on environmental conservation and rights; its ‘classrooms’ are actions and activities designed to build a new generation of leaders to defend the Paraguay River and its cultures. The first thirty-two participants learned about the threats and impacts to the Paraguay River caused by agribusiness, small hydroelectric power plants, mining and the Hidrovía Paraná-Paraguay plan, and how they can improve their activism in defense of the region. They then went back to their communities to raise awareness about the Hidrovía Paraguay-Paraná plan and its potential impact on the Paraguay river. Inspired by these efforts, in November more than 500 people were mobilised to celebrate the ‘Dia do Rio Paraguai’, the Day of the Paraguay River, an act in defense of the river.

In Bolivia, Probioma is training young people to become socio-environmental monitors. In 2018, the group visited secondary schools to inform school kids about the environmental and social threats, including the water highway, to the La Plata Basin area. High school students from two municipalities participated in three training modules. Probioma was pleased to discover that many of the kids’ parents remembered the organisation from actions it organised in the ‘90s to stop the water highway plan. The high school students are the next generation of activists, both literally and figuratively.

Both ENDS’s La Plata Basin partners are attuned to another major threat to the area, increased soy production, which relies heavily on toxic chemicals. To counter this scourge, the groups are actively – and successfully – promoting agroecology, which relies on ecological principles and contributes to healthy, biodiverse ecosystems while producing local and sustainable food. Expanding agroecology from small-scale practice to large-scale policy is one of the objectives of the Wetlands without Borders programme. In Paraguay, for example, CODES operates agroecological farms and has succeeded in developing a thriving market for its organic ‘wetland’ honey, among other things. In response to an invitation from the government, the group is preparing input into a national plan for the sustainable development of family farming, which could significantly expand agroecological practices in the country.

As part of the Wetlands without Borders programme, partners in the four La Plata Basin countries started a process of developing national baselines in 2018 so they can monitor the number of hectares being farmed or forested agroecologically. The next step is to develop a joint regional plan on agroecology.

Meanwhile, discussions are underway in Argentina about the future of the Paraná Delta. Since the plan may include a role for the Dutch water sector, Both ENDS is working to ensure that its Argentinian partners – and civil society actors in general – are involved in these discussions from the start. Together, Both ENDS and Argentinian partners attended a meeting at the Dutch Embassy to discuss the process behind the Delta Plan.

Looking ahead, the Wetlands without Borders programme and its partners must contend with an increasingly complex and difficult political situation. Despite these challenges, the programme’s constructive agenda, and its emphasis on engaging new leaders and strengthening connections across countries are the best possible recipe for success. 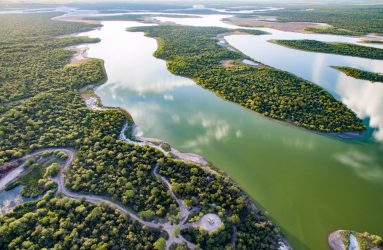 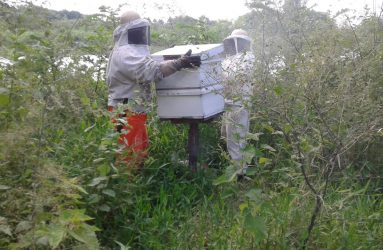 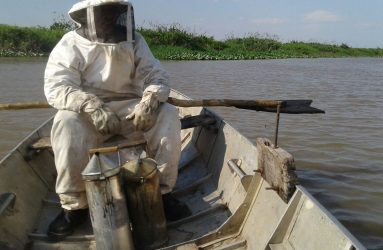 many places in the basin are only accessible by boat 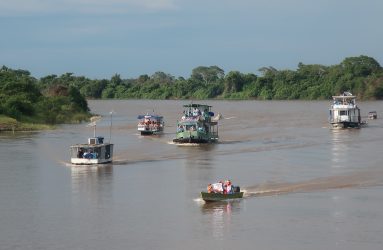 celebrating the "day of the river paraguay" 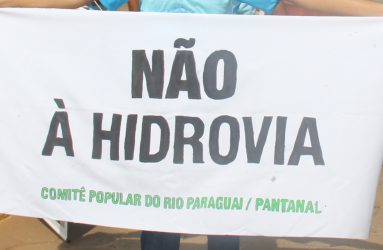 many people protest against the plans for the Hidrovía Paraná-Paraguay 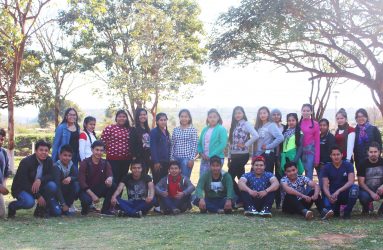