Sometimes things must go terribly wrong before big players start to move. In March 2016, Honduran activist Berta Cáceres was murdered. The murder was linked to her leading role in the protests against the construction of the Agua Zarca hydro dam by electricity company DESA.

Berta Cáceres had been the voice of the indigenous communities living in the Gualcarque river basin. They had not been consulted about the construction of the dam and feared it would put their livelihoods at risk. But in Honduras, speaking up can be dangerous. The murder of Berta Cáceres increased international pressure on the financers of the dam to pull out, among them the Dutch development bank FMO. In 2017, they finally did.

Years of lobbying by Both ENDS and partners had preceded FMO’s final decision to leave the Agua Zarca project. Our argument has always been that the project failed to follow fundamental human rights principles, such as the need for free prior and informed consent (FPIC) by the indigenous communities whose lives would be affected by the dam. It is a bitter realisation that the death of Berta Cáceres may have given the final push. Not only FMO, also the Finnish development bank pulled out, which meant the project lost most of its funding. Although construction plans have not officially been terminated yet, there has been no building activity ever since its two main financers left. Due to all the media attention, it seems unlikely that DESA will find other financers.

FMO’s withdrawal from Agua Zarca also set in motion another significant change: it pushed the bank to pay more attention to human rights in its sustainability policy. FMO even organised a public consultation, inviting Both ENDS and other organisations to give input and share their expertise on the issue. This resulted in a new sustainability policy which stipulates that the principle of FPIC must be adhered to and human rights risk assessments conducted early on in project cycles. The new policy also stresses the protection of human rights defenders, like Berta Cáceres. With its stronger focus on human rights, FMO has attracted the attention of other development banks, which are looking at the Dutch development bank for guidance. However, formulating a sustainability policy is only the first step. Now they need to make it happen. Both ENDS will closely monitor the implementation of the policy and we will keep urging and encouraging FMO to strengthen its accountability even further.

In early 2018, the director of the Honduran electricity company DESA was finally arrested for his role in the murder of Berta Cáceres. It was another uncomfortable reminder of FMO’s huge miscalculation when they got involved in the Agua Zarca project. If FMO’s new human rights commitments are implemented accurately and consistently, such missteps can hopefully be prevented in the future. 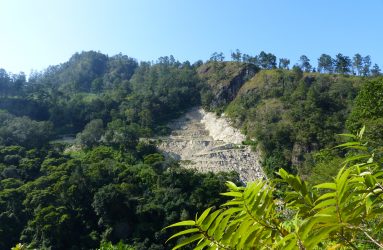 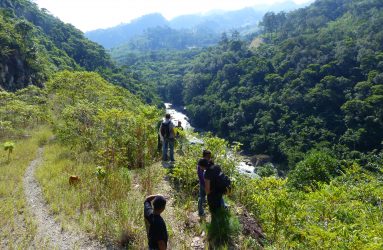 Looking over the Gualcarque river, Honduras, which still flows freely 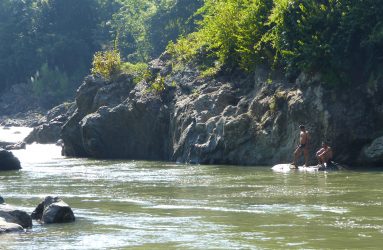