In 2017, we launched a new communication strategy. The focus of the new strategy lies more than ever in showing how Both ENDS’ various activities and areas of work are connected. Each year, we will choose a few issues where many aspects of Both ENDS’ work converge. We then devote extra attention to communication on those issues for an extended period of time, for example through the website and other channels, through events, or through a media campaign.

The first issue we focused on in 2017 was highlighted in our report entitled ‘Towards Paris Proof Export Support’. This report revealed that Dutch export credit agency Atradius DSB is providing export credit insurance on a large scale on behalf of the Dutch state to companies whose activities are linked to the fossil fuel sector. Not only does this undermine the Paris climate goals but it also violates environmental and human rights in the countries where the projects take place. In April, Both ENDS organised a seminar on this issue, to which a number of journalists were invited. This led to articles in two leading Dutch newspapers, NRC and NRC Next, and the report’s author was interviewed on public radio. The report and the dedicated page on the Both ENDS website received an above-average number of visitors. The fact that questions were raised on the issue in parliament shows that export support for the fossil fuel sector is now also on the political agenda. 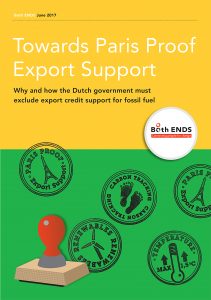 Another issue we focused on was highlighted in our 4-pager ‘Small Grants, Big Impacts’. It shows how small grants funds can be an effective link between large donors and financiers and local, usually small, organisations that know best what is needed but have no access to ‘big money’. By devoting special attention to this issue, we wanted to show why it is a good idea for large donors, financiers and governments to use small grants funds to make sure their money is used where it is needed most and can have the greatest possible impact. This project started in the second half of 2017 and will continue until the autumn of 2018. Two workshops are scheduled for a varied group of participants, one in Amsterdam, the Netherlands and one in Cape Town, South Africa. 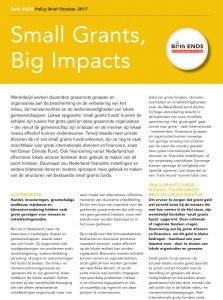 In 2016, we started intensifying our contact with the Dutch media, the results of which became apparent in 2017. In addition to the media attention for the ‘Towards Paris Proof Export Support’ report, our revelations about the fossil fuel-related investments of the ABP pension fund had an especially significant impact, resulting in articles in three major daily newspapers, Het Algemeen Dagblad, Het Financieele Dagblad and De Telegraaf. 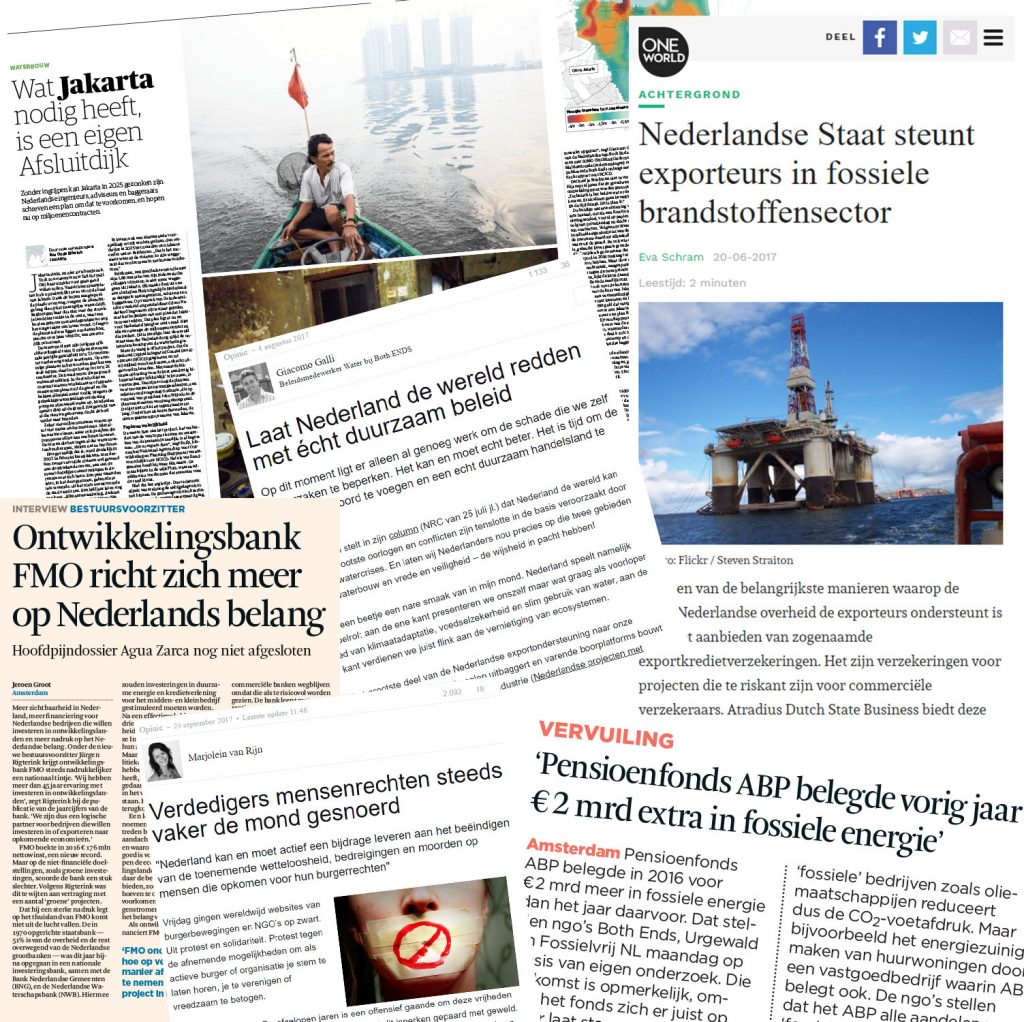 In September, a large number of organisations in the Netherlands combined forces to make a joint contribution to the worldwide campaign entitled Together We Speak, launched by the NGO platform CIVICUS. The campaign drew attention to the shrinking civic space in many countries. Both ENDS and about ten other organisations blacked out their websites for a day. We also focused attention on the problem by running a full-page advertisement in NRC Next and the NRC Handelsblad and an opinion piece on Joop.nl. 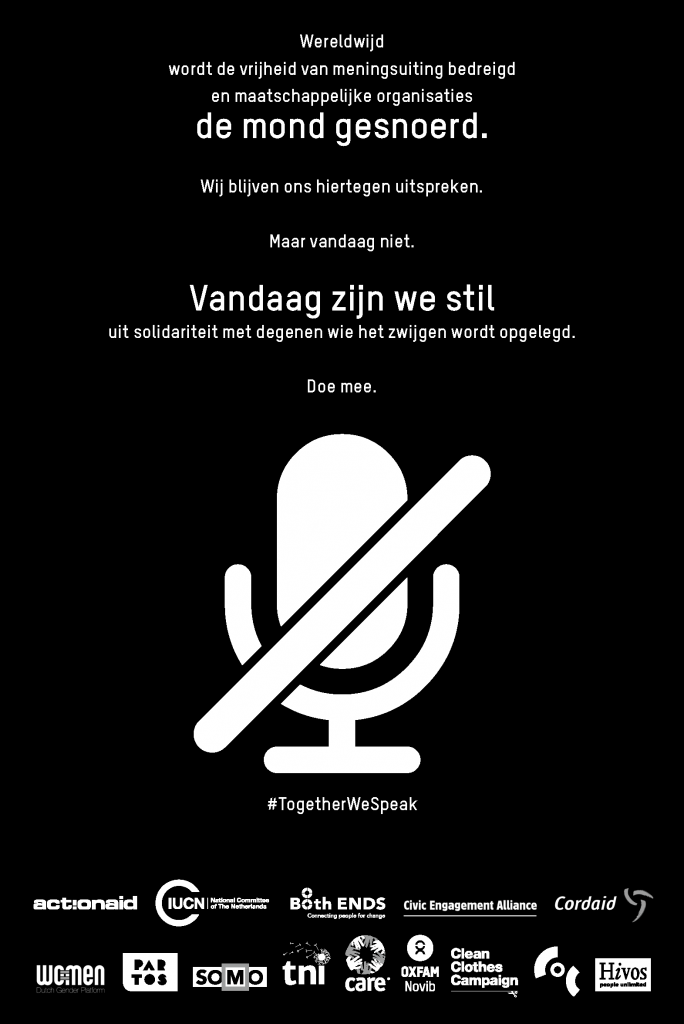 In 2017, we started designing a new website. After an extensive design phase, work on building the new site began at the end of the year. It is expected to be launched in the first half of 2018. In addition, in 2017 we made Both ENDS’ work as visible as possible to our target groups in a variety of ways. By using Google AdWords, we more than doubled the number of visitors to our website in 2017 to more than 100.000. Our exposure on social media also expanded. As a result, more and more people around the world are being made aware of our solutions to achieve a fair and sustainable world.

Finally, in 2017, we once again produced a number of publications and short films together with our colleagues and partner organisations: 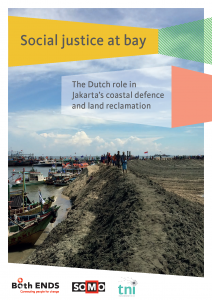 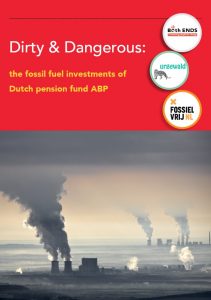 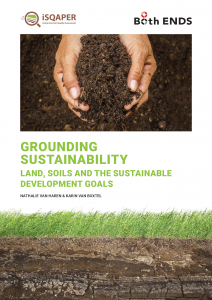 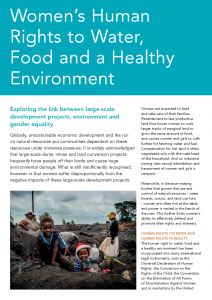 ‘Women’s Human Rights to Water, Food and a Healthy Environment’

The Effects of Palm Oil in Kiungkang

Reality of Mine – India

Reality of Mine – Kenya

Reality of Mine – South Africa