2019: THE YEAR IN WHICH CLIMATE BECAME A HOT TOPIC

Around the world, the climate movement – led by mainly young people and organisations such as Greta Thunberg, Fridays for Future and Extinction Rebellion – gained momentum. Both ENDS has been working for global climate justice for decades, and we were pleased to join this movement. We worked on strengthening our role within the movement in the Netherlands, alongside our continued engagement on this issue with Dutch (government) actors.

A delegation of Both ENDS took part in the Climate March in Amsterdam in March, and the Climate Strike in The Hague in September. In September, we initiated a joint statement by civil society organisations in the Netherlands to call attention to the fact that climate change will hit us all and to demand urgent action by the government. Eventually, this statement was signed by more than 50 organisations working on a wide variety of topics: from healthcare to children’s rights, from environmental protection to women’s rights.

A lot of other activities evolved around the central theme of climate change. For example, together with Vice Versa, the other members of the FGG Alliance, Solidaridad and FMO, we organised a debate called the ‘Forgotten Climate Roundtable’. The Dutch debate about climate change seems to be very much focused on climate measures in the Netherlands itself, but seems to overlook the impact of Dutch activities abroad, like oil and gas extraction, on climate change. During the Roundtable, representatives of banks, government and NGOs discussed possible ways for the Netherlands to turn the tide and not only stop these damaging practices, but also use its skills and expertise to stimulate sustainable investments abroad. A second edition of the debate is planned in the fall of 2020.

OTHER CAMPAIGNS AND EVENTS

Of course, we also organised campaigns and events around other topics than climate change. As 2019 was also the year of European elections, as part of the FGG Alliance we organised a debate with candidates for the European Parliament around the question: ‘Do we opt for the climate and a fair Europe?’ The candidates who participated in the debate promised to aim for a binding UN Treaty on Business and Human Rights, to decarbonise European investments and instead opt for green investments.

We also joined a European campaign against Investor-to-State Dispute Settlement (ISDS) in trade agreements: ‘Rights for people, rules for corporations’, and contributed with cases from Indonesia and Paraguay that clearly show how ISDS is not in the interest of people and the environment, and undermines the process of sustainable, inclusive development. 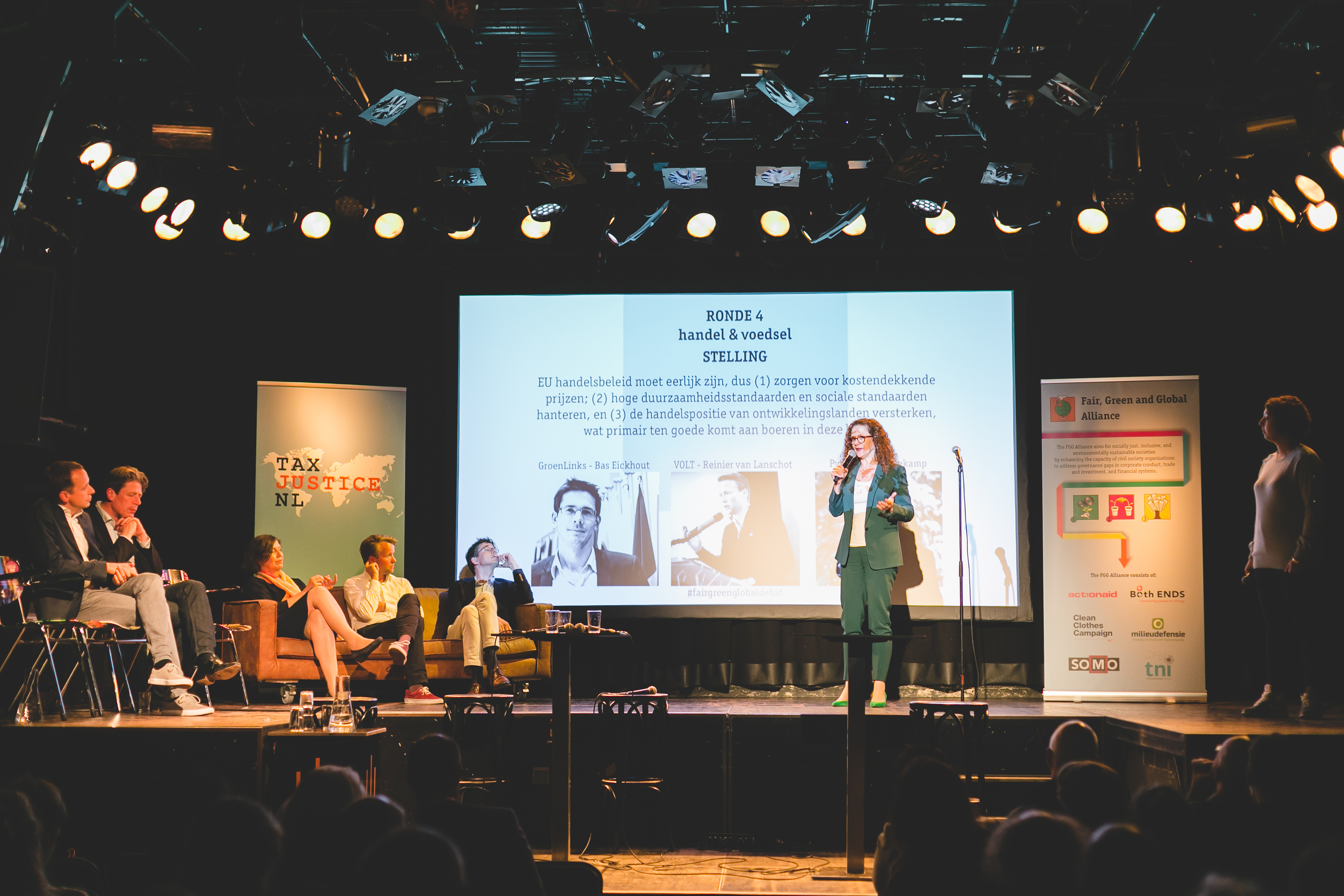 The European elections debate, organised by the FGG Alliance 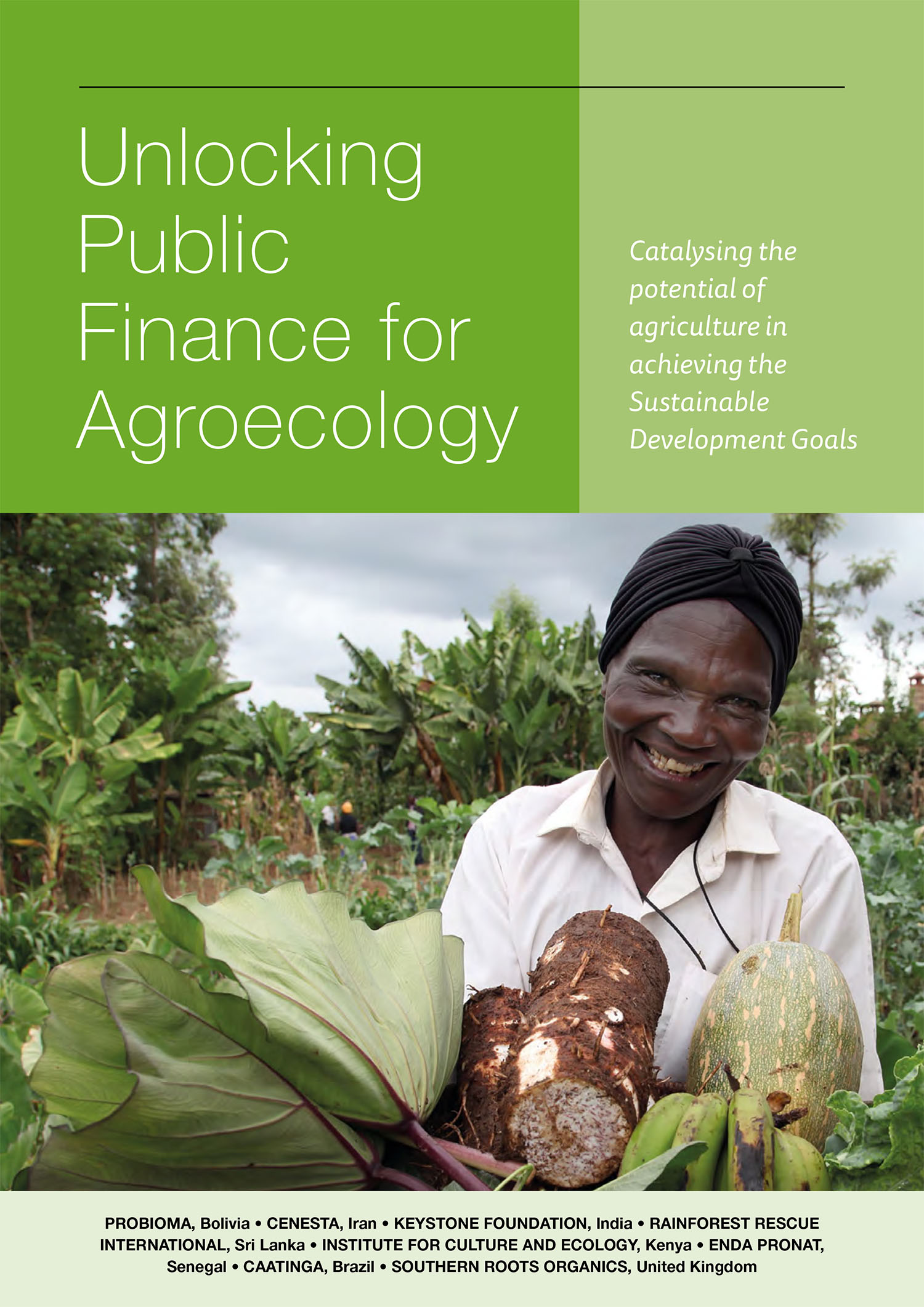 Both ENDS employees have produced a number of publications in 2019. In these publications we capture the knowledge we or our partners have gathered for diverse purposes, including: to inform other partners about how certain institutions work; convince financiers and donors of the value of green and inclusive practices; or to show policymakers the effects of their decisions on people and the planet.

By far the most successful publication was the one on agroecology, with more than a thousand pageviews and downloads. See below for a list of the top five publications, or see our website for all publications from 2019:

Statements, campaigns, events and publications can only have a meaningful impact if they reach the right audiences and if these audiences are big enough. Therefore, one of the goals of the communications department is increasing the reach of our message, including through our social media channels, our website, and in the press. We are happy to be able to report a steady increase in the number of followers of our social media accounts. Consequently, the number of views and interactions with our posts has grown. In order to also reach a wider public with our web articles, we’ve been optimising our search engine results. This has, for example, led to a peak in website visitors in September, when the world’s focus was on the global climate strikes and we started a campaign about our participation in that event.

Working on our press relations also has paid off in 2019. Climate change in relation to fossil fuels was the topic best picked up by the press. Many articles were published in newspapers and online magazines about the climate court case against Shell, about a new report on fossil fuel investments by the Netherlands’ largest pension fund, ABP, and about 22 Dutch private investors and foundations publicly pledging to divest from fossil fuels and invest in renewables.