In Bangla, the word for transition is ‘uttaran’. It is a fitting name for a social and environmental organisation whose aim is gender, class and caste equality in Bangladesh. A long-term partner of Both ENDS, Uttaran supports local communities in addressing social, environmental, health, economic and cultural issues and concerns. For many years, Uttaran has been a front-line advocate for community-based adaptation to climate change in Bangladesh’s southwest tidal river basins, which are extremely prone to sea level rise and cyclones.

Some fifty years ago, polders and dikes were built to protect the area from flooding. But with all eyes on controlling the water, little thought was given to sediment, and the delicate dance between water, land and people was disrupted. Over the decades, sediment accumulated in the tidal waterways, raising their level above that of the polders, which have gradually sunk. The polders, which were built to protect the people from flooding, have now turned into ponds: during monsoon and cyclones, water is trapped inside them. Some are water-logged for as much as eight months a year.

With support of the Dutch government and the Dutch water sector, the government of Bangladesh has developed the Bangladesh Delta Plan (BDP2100) to address these and other problems. Adopted in 2018, the plan focuses on six hydrological ‘hotspots’, one of which is the southwest coastal region. For many years, Uttaran has advocated tidal river management (TRM) as the best approach for addressing the waterlogging problems in the region. TRM is based on age-old community practices that have developed in their coexistence with the tidal ecosystem. Over generations, people in the area learned to harness the tides by controlling the deposit of sediment. By directing the sediment into the floodplains, they raised and enriched the low-lying land, whilst maintaining a healthy free flowing river. Along with many other proponents of this approach, Uttaran helped ensure that TRM was seen by policymakers as an effective solution to waterlogging in the region.

TRM is featured in the Bangladesh Delta Plan. The question now is how. For Uttaran and Both ENDS, tidal river management done right means that the approach is both nature and community-based. It could be an example of what Both ENDS calls a ‘Negotiated Approach’ to inclusive water governance: the key to this transformative practice is that local actors actively develop, propose and negotiate policy and investment measures, based on their own knowledge, needs and realities. It offers an opportunity to implement lessons-learned from the time when the polders were introduced, and to ensure that the inclusive governance of tidal rivers this time also translates into sustainable solutions that can adapt to sea level rise and climatic changes.

One challenge is that community-based does not necessarily mean that all voices in ‘the community’ are heard: women and youth are often excluded from discussions and decision-making.

To address this, Uttaran is working to increase the involvement of young women and men in the area’s local water committees, which Uttaran helped to establish. In 2019, with support of Both ENDS, Uttaran set up two youth water committees, with nearly equal participation of young women and men. The aim is to engage a new generation in inclusive, gender-just water governance. The committee members are well aware of the gendered impacts of water logging in the region, and have laid the groundwork for documenting these impacts as input into water management decision-making.

In their first year, the youth committees have already had an impact. The committees have met with the region’s Members of Parliament, one of whom then echoed their issues in a general meeting of the National Parliament. Following the partial translation of the Bangladesh Delta Plan (BDP2100) into Bangla and the committees’ continuous advocacy for TRM in relation to the BDP2100, the General Economic Division has invited the committees for a meeting to give their input on the plan. Ultimately, it is the Bangladesh Water Development Board (BWDB) that plays the crucial role for the technical implementation of the plan on the local level. One of Uttaran’s objectives is to ensure that the local water committees and other representatives of local communities are BWDB’s key partners in this process.

With support from Both ENDS, Uttaran is building its network, while exchanging and sharing its knowledge and experiences with key actors at regional and international levels. At an event during the World Water Week in Stockholm, Both ENDS and Uttaran staff presented their approach on inclusive water governance to some 60 people – academics, policymakers and NGO practitioners. Throughout this year, Both ENDS connected Uttaran to actors from the Dutch water sector who are influential in Bangladesh as well, including the Dutch research institute Deltares and the Netherland’s Special Envoy for International Water Affairs. 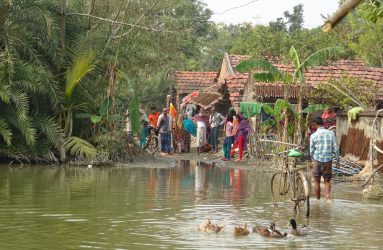 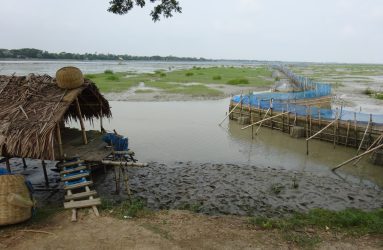 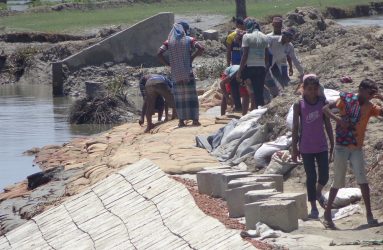 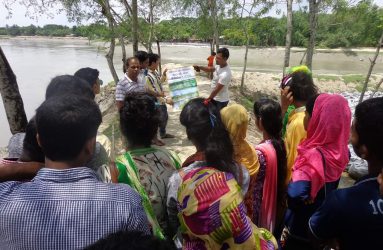 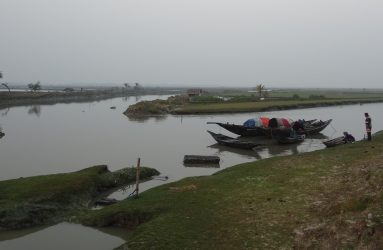