Protecting forests: a global fight at all levels

Both ENDS works to bring about the systemic change needed to ensure unconditional respect for human rights and planetary boundaries. Systemic change entails dealing with issues at all levels, from the local to the global. Our aim is to help strengthen the power of local communities, while simultaneously working to tackle the key drivers behind social and environmental harm. Both ENDS plays a key role in drawing the links between practices and policies in the Netherlands and internationally to their impacts in communities across the world.

Systemic change is urgently needed to protect the Earth’s forests and the rights of forest peoples. Deforestation and forest degradation are driven by global demand for products like palm oil and soy. Tackling the problem requires not reduced demand and better policies and practices at international levels, but also improved recognition of community land rights – a key focus of our work with partners in 2020.

In February, Both ENDS and the Forest Peoples Programme convened a meeting in Malaysia of representatives from some 25 environmental justice, human rights, women’s, youth and indigenous peoples’ organisations from countries across Latin America, Africa and South East Asia. All are working to address the negative impacts of the palm oil industry. In a collective statement that came out of the meeting, the groups highlighted the role of palm oil companies in land-grabbing and deforestation, with particular emphasis on the impacts of women, who play a vital role as custodians of indigenous culture and repositories of knowledge about forests, plants, nutrition, traditional medicine and the like. The groups called on governments of both palm oil-producing and consuming countries to improve regulation of the industry and ensure protection of human rights.

Alongside pressing for regulation, Both ENDS uses its influence as a board member of the Roundtable for Sustainable Palm Oil (RSPO) to improve the sector’s implementation of RSPO’s strong global standards meant to diminish the harm of palm oil production. In 2020 we contributed to greater attention in the RSPO to the gender dimensions and gender-specific risks in relation to palm oil production, when RSPO finalised their practical guidance on gender inclusion and compliance.

Both ENDS’s partners work hard to support communities in their struggles to preserve and secure their land rights in the face of powerful economic and political actors, including palm oil companies. Some long-fought struggles of indigenous peoples and local communities resulted in important victories this year.

In the Peruvian Amazon, Both ENDS and several international organisations have been supporting FECONAU, a local organisation that represents a number of indigenous communities in their struggles against the spread of palm oil. Years ago a company illegally acquired large swathes of their territories, cut down the rainforest and planted palm oil, destroying not only vital primary forest but also the indigenous peoples’ livelihoods, which depended on an intact ecosystem. After years of lobbying the local Santa Clara de Uchunya government, FECONAU succeeded in securing recognition of the indigenous peoples’ rights to 1,500 hectares of the illegally grabbed land. The community also achieved a significant victory in its struggle against a palm oil company when the country’s environmental regulator ordered the company to suspend its operations and pay a $2.5 million fine for environmental damages.

In Liberia, our partners celebrated a hard-won victory when the government adopted a new Land Rights Act, which promises improved land security to indigenous peoples. The new law includes strong protections for community customary land rights and is considered one of the most progressive in Africa. The next step is to put the law into practice. Both ENDS’s partners are currently supporting communities in preparing a land claim for one million hectares of village forest to protect it from being cleared to make way for monoculture palm oil plantations and other developments. A similar effort is underway in Kalimantan, Indonesia, where Both ENDS’s local partner is supporting communities to secure their lands (50,000 hectares) under Indonesia’s social forestry law using customary title provisions, such as Hutan Adat and Hutan Dessa. Their claim is currently being processed by the District Authorities.

The pressure on local communities’ forests and land – in Peru, Liberia, Indonesia and many other countries – is directly linked to Northern demand for soy and palm oil. Both ENDS and our Southern partners have been advocating for years to push the European Union for strong legislation against ‘imported deforestation’ – deforestation caused by products imported to the EU.

In 2020 the EU finally began the process to draft such legislation by launching a public consultation. The campaign #Together4Forests, led by several international NGOs and backed by more than 160 environmental groups, including Both ENDS, encouraged people to engage in the public consultation and to insist that the EU tackle the forest footprint of its consumption. More than a million European citizens responded by demanding a strong EU law to protect the world’s forests and the rights of people who depend on them.

In the Netherlands, Dutch Minister of Agriculture Carola Schouten admitted that the response was a signal that cannot be ignored. Both ENDS, along with the other Dutch organisations involved in the campaign, called on the Minister to take the lead in Brussels in pushing for strong legislation and to encourage other EU member states to join her. In this process, Both ENDS aims to create space for the voices of locally affected peoples, their concerns, experiences and solutions, and to ensure that European decision-makers hear the wake-up call and are inspired to act. 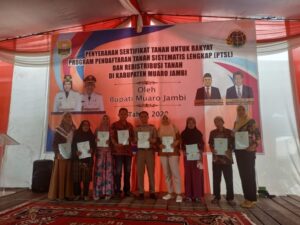 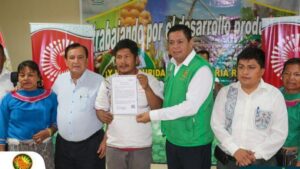 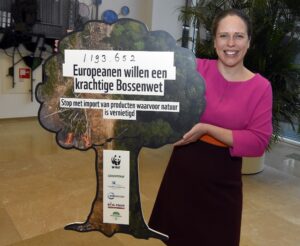