A seat at the table

November 2017. A delegation of the Dutch dredging company Van Oord listens to fishermen from communities around Suape harbour in northeastern Brazil. Their fishing grounds have been damaged ever since Van Oord started deepening the sea access channel to the port seven years ago and made a basin for a new shipyard inside the same port. The two projects were commissioned by the Brazilian state-owned harbour authority.

For the fishing communities, the roundtable meeting with the Dutch delegation meant a long-awaited breakthrough in their efforts to have their grievances heard. It was a direct result of Both ENDS’ cooperation with local organisations in and around Suape port that started in 2012. Together, we tried to obtain redress and advocate more socially just and environmentally sustainable approaches.

The Dutch government is linked to the controversy through Atradius DSB, the Dutch export credit agency that offered Van Oord insurance for its operations in Suape. In 2016, following a complaint filed by Both ENDS and partners, the Dutch National Contact Point (NCP) for the OECD Guidelines for Multinational Enterprises ruled that ADSB “is ‘directly linked’ to possible adverse impacts to which its business relationships (Van Oord) have ‘contributed’.”

This milestone ruling encouraged Van Oord to finally engage in an open conversation with the affected fishing communities. They spoke for two days. Van Oord’s delegation was touched by the testimonies of the fishermen about forced evictions, the destruction of mangroves and coral reefs where fish species used to breed, and the consequent loss of livelihoods of their families. For the fishermen, there is only one thing that really counts: that they, their children, and their children’s children, will be able to continue fishing for a living.

The meeting focused on the future. One tangible outcome is that Van Oord will investigate whether it can use its techniques for artificial reef development to help improve fish stocks. Van Oord has also agreed to speak with relevant Brazilian authorities about the moving of anchoring grounds for large vessels off the coast of the port, to allow communities better access to fishing grounds.

Both ENDS’ ambition is to also get the Brazilian authorities involved in the roundtable dialogue with the local communities. The Dutch government may help to facilitate this by using its diplomatic leverage to open a conversation about the importance of local participation and consultation in mega-projects that are bound to affect people’s livelihoods. There is a lot to be gained, especially considering that the Netherlands is one of the biggest international players in the multi-billion-dollar harbour development sector.

That local consultation is critical, also became clear last year in Indonesia. Dutch engineering and consultancy companies are involved in a project meant to protect the city of Jakarta against future flooding. The tender for the design phase was issued by the Dutch government and supported through its development aid budget. In early 2017, Both ENDS, SOMO and TNI launched a report arguing that the Jakarta Bay project is likely to damage the environment and threaten the livelihoods of tens of thousands of people who rely on the local fishing industry, while ignoring the root causes of Jakarta’s flood risks. Indonesian civil society organisations, who were already protesting other land reclamations planned in the Bay, used the report for further lobby. The issue quickly became entrenched in ongoing political struggles within Jakarta and at national level. The result? The project has de facto been put on hold.

It is a clear lesson for the Dutch government’s involvement with large-scale infrastructure projects abroad: always guarantee an inclusive process from the very start. We are pleased that the government seems to heed the message and has asked Both ENDS to advise on a Masterplan for Manila Bay, the Philippines. Our advice is straightforward: apply strict social, environmental and human rights due diligence, involve local communities, and guarantee their right to Free, Prior and Informed Consent (FPIC). To us the reasoning is irrefutable: whenever Dutch public money is spent on projects abroad, we must uphold Dutch norms for public participation and human rights. International competition and economic interests may never be a reason to shift that responsibility. 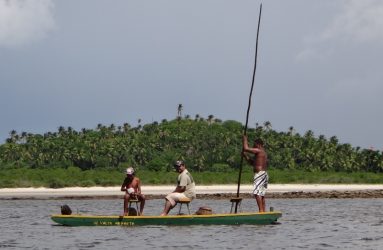 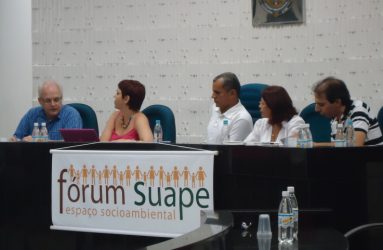 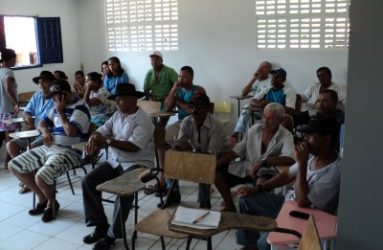 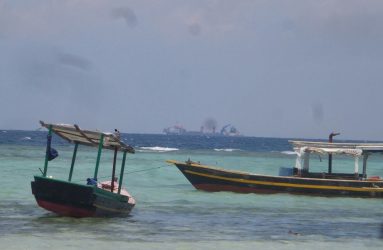 In Jakarta, local fisheries are threatened by the Jakarta Bay project 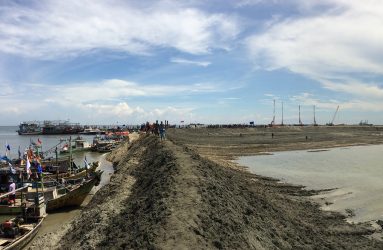 Demonstration on a dike against the Jakarta Bay project 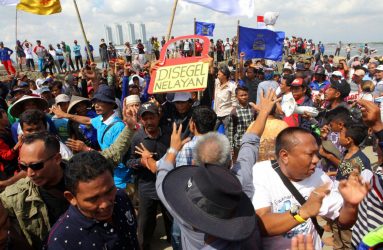